Toon Link Mr T! ~ How to make your own Link (Zelda) costume 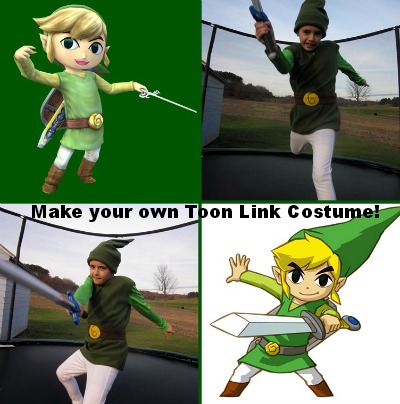 I've completed the final costume! Whew.  Just in the nick of time.  I actually had this done on Thursday but Mr. T has been gone with a friend.  He came home today and was thrilled with his costume.

The only problem now with both Miss K and Mr. T's costumes is that we are in Wisconsin... ITS COLD!

So I didn't use any pattern for this.  I winged it all pretty much. You can't mess up too much with fleece. 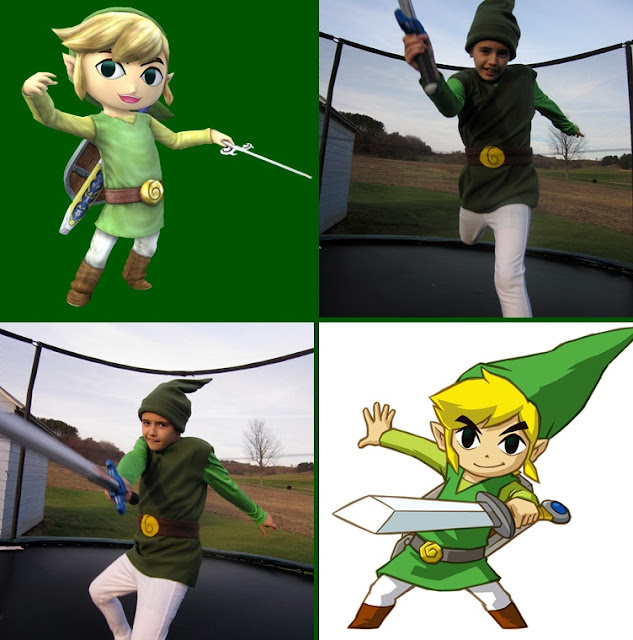 Step 1.  Tunic
I found a tank top that fits Mr. T just right, laid it on top of a double layer of fleece and cut out around the sides and top.  I made it really long in the length until I could check the length while it was on Mr. T. 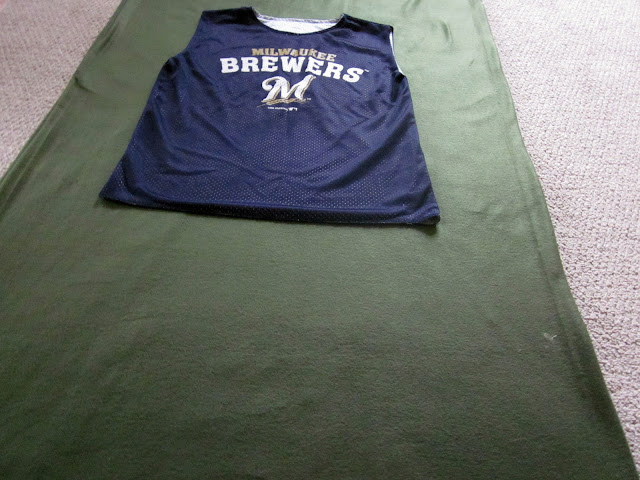 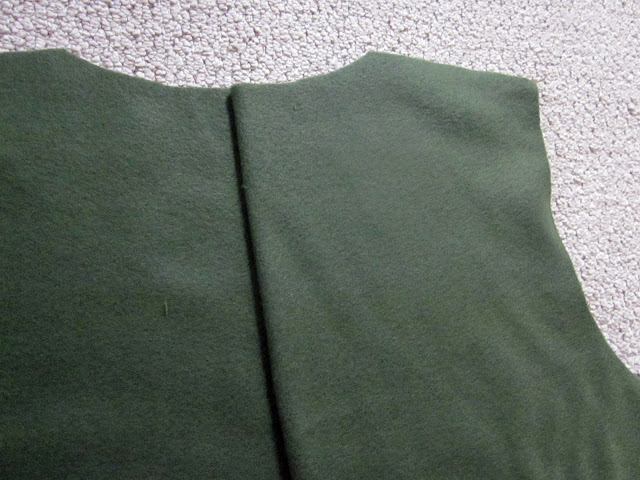 Then I flipped the top side over to mark exactly halfway (made a clip mark on the center fold).  Then I cut the "V" shape for the front of the tunic as below. 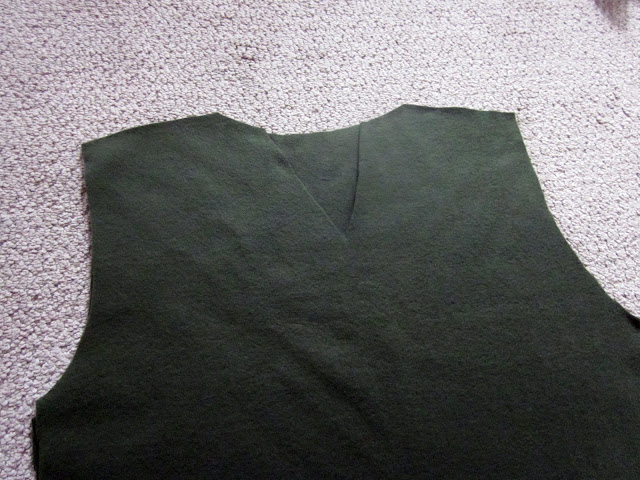 Sew shoulders and sides, flip right side out.  Measure on child and cut to the right length.  Tunic is complete.

2. Leggings and green undershirt: I cheated and bought these.  White leggings (for girls... shhh don't tell him) and a green champion long sleeve tee from Wal-Mart.

3. Belt.  I just measured Mr. T's waist (24 inches) and added 1 inch.  So I cut a 25 inch long rectangle of the brown fleece.  I made this 5-6 inches wide, then folded it in half so the rectangle was about 3 inches wide and 25 long.  I sewed the long side and flipped it inside out.  then tucked in each end and top stitched.  After that I added velcro.  I took yellow felt and cut out a circle, then used black magic marker to draw link's design.  I sewed it to the belt with matching thread.  Belt done.

4.  Hat.
(I swore I took pictures of this but I guess not ~ sorry).
I doubled the fleece again and cut out a triangle.  Then I cut a band in green like the belt and tried it on my own head to get the size just right.  I sewed the sides of the triangle~ leaving the bottom open.  Then attached the band (wrong side of band to inside wrong side of hat.  and flipped it up. Hat done! 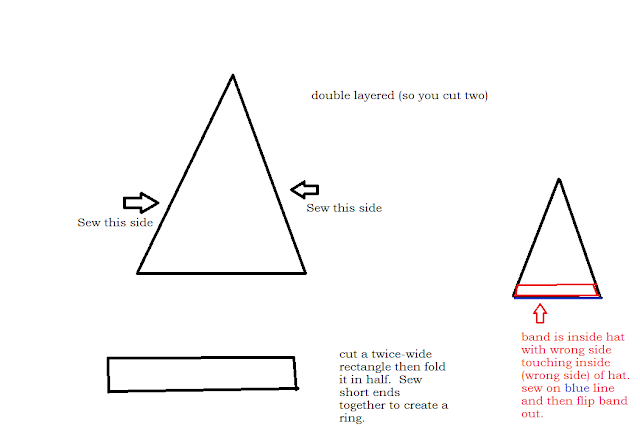 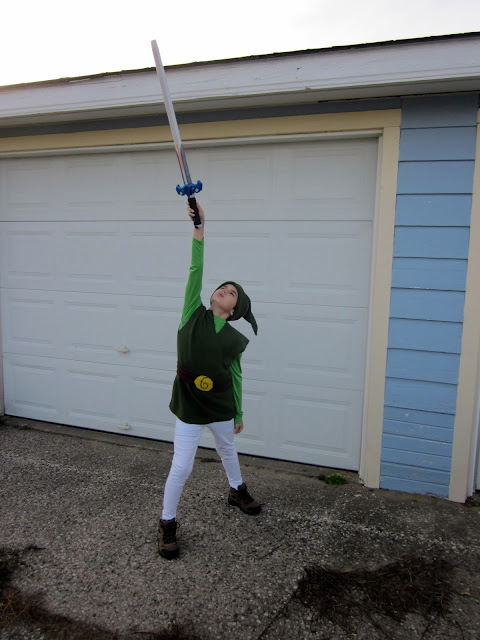 This costume went way easier than the Rainbow Brite!

~ Happy Sewing! ~ Kristin ~
Posted by Kristin at SunnySewing.com at 3:09 PM

Your comments really make my day! I read each and every one. Thank you!

Sorry for the word verification. I've had too many spammers lately.

*I've moved Contest to the very bottom of the blog* Thanks! 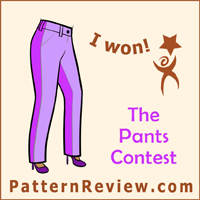 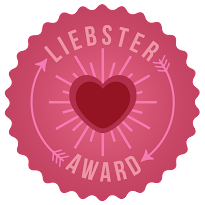